The 612 Interview with Hippies & Cowboys 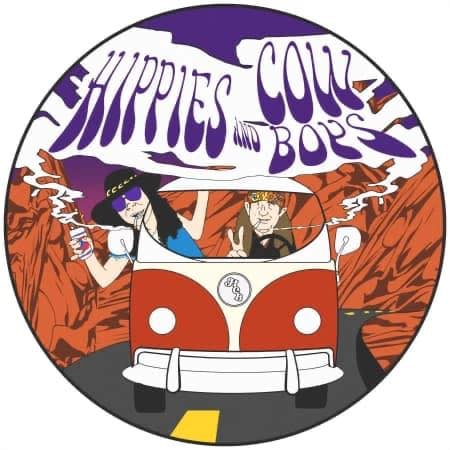 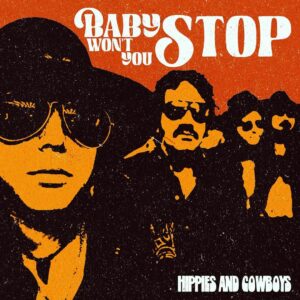 If you were to write an intro for “Baby Won’t You Stop” before it played on the radio, what would you want listeners to know about the song?

6 Things You Don’t Know About Us: How would you describe the music that you typically create?

What is the story behind your band name?

We were all sitting around one day, talking about how we live and make music. Our keyboardist Nolan Brown said, “we’re just a bunch of hippies & cowboys,” and it stuck.

What are your interests outside of music?

Being outside, at the lake, riding the motorcycles around, sitting on the front porch just having a smoke. We really believe marijuana should be legalized everywhere. We support Red Dirt Sungrown Cannabis out of Guthrie, OK.

The thing we find most attractive in a person is …

just being real, just being honest. Just say what’s on your mind, and let’s all get along. When you’re all digging the music together in the same place, in the same room, at the same show, no one cares what color your state is.

My friends and I used to spend our long summers …

riding bikes, causing trouble, and making good friends. Pretty much everything in #3 above. Now we’re just doing it in Nashville. We haven’t changed much. The most embarrassing thing to ever happen to us was _____.

We play Kid Rock’s Bar in Nashville a lot when we’re not on the road. It gets so crazy in there, the management told us to not let anyone else onstage, you know, like security at a real show would do. One night one of the co-owners’ sons stumbled onstage. I stopped the show; he cussed me out and tried calling security because I didn’t know who he was. I felt like a piece of sh*% afterward and apologized. But he & I are cool now. We’re cool now.

Can you share 12 songs that have influenced your lives and careers?

The best song ever written. You have to follow your dreams and not let anyone tell you that you can’t.

It’s just epic. We play it every night, and people go nuts. We just gotta stay free and fly high!

Anything by Otis Redding

That guy is nothing but Soul, I could listen to him all day.

Found some Blues Brothers records in my parent’s basement. It was the first time I heard horns. Now we got horns in our music!

My Uncle Ron used to road manage Vern, so I went to a lot of shows when I was little. That song is sadder than a one-car funeral.

“Listen To Her Heart” Tom Petty

Probably my favorite artist. Any of his music, but we cover this song in our shows sometimes.

We’re big Eagles fans, that whole desert thing they did, and being from the West Coast. We even flew out to Vegas to shoot photos out in the desert because of them. And that song is one of their best.

“Twice As Hard” The Black Crowes

They are one of my favorite bands. Our whole band went to see them last summer, the 30th anniversary of that first album. They kicked it off with this song. One of the best concert moments I have ever seen.

I love Dave and the Foo Fighters. Taylor Hawkins was so good on this one. We’re gonna miss him so much.

One of our drummer Scott’s favorite songs. Prince was like James Brown and Hendrix together, and we love all that. We play the song sometimes, and I get up and play drums on it. And I’m gettin’ pretty good!

That band was just outlaw. They did and said whatever they wanted and did not give a f^*k. That is missing in music today. We’re gonna bring that back!

The Beatles! Anything Beatles

My uncles were big into music, but it was all country music, old country. The first time I heard the Beatles, it was over. They did so much; every album was different. That changed what I wanted to do.

Hippies and Cowboys consist of Aaron Sparling (Lead Vocal & Guitar),  Andrew Lambie (Lead Guitar), Scott Metko ( Drums), Kevin Corbo (Bass), and Nolan Brown (Piano & Guitar). Drummer Scott Metko tours with David Ball. He is also an on-screen drummer for Patsy Cline and ABC’s ‘Nashville’ Rayna Jaymes. As a new up-and-coming band, they have traveled throughout the country, playing shows from Florida to Detroit to everywhere in between. You can find Hippies & Cowboys regularly playing on Broadway in Nashville, TN at Kid Rock’s, Johnny Cash’s, and Tin Roof. Their musical influences and taste vary from member to member. Still, the one thing they all have in common is their love for classic rock and soul music.