The 612 Interview with Emily Miller 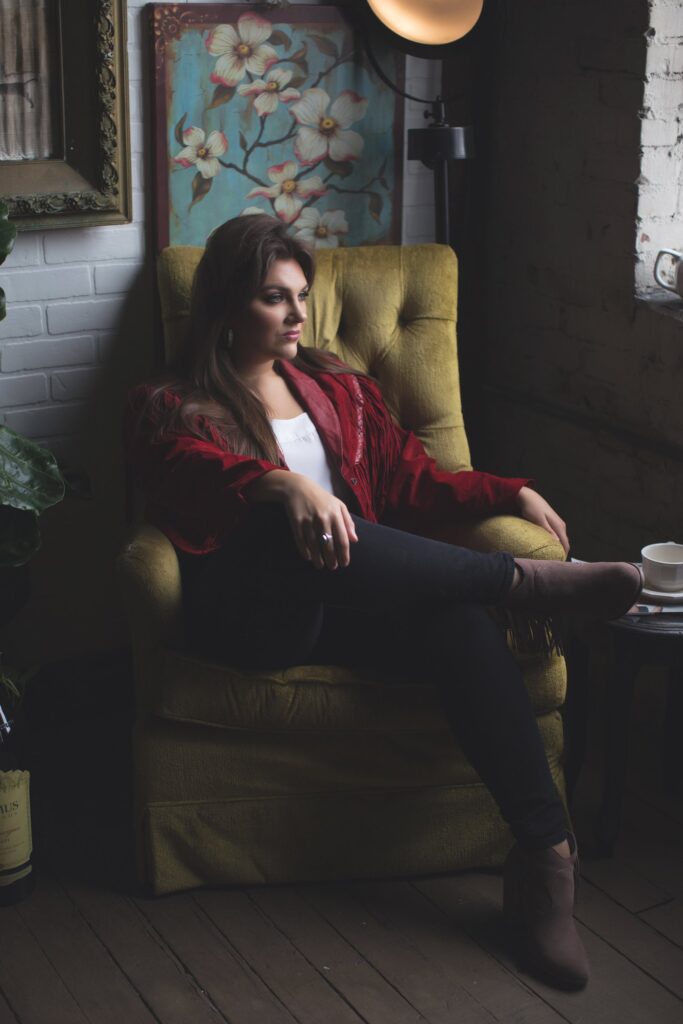 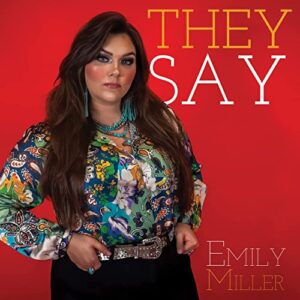 If you were to write an intro for “They Say” before it played on the radio, what would you want listeners to know about the song?

I think one thing that is unique about grandparents and their grandkids is that we both don’t get to really see each other at our prime in life- or at least I didn’t. I got to hear the stories, but always wanted to see what it was like in real time. “They Say” is my song for my grandma that passed away a few years ago from dementia and tells the story of how ‘they say’ we’re almost one in the same and it’s my way of telling myself even though I didn’t get to see her at her prime, I’m a new version of that woman today and that is pretty cool!

The most stressful thing for me is going somewhere I’ve never been before and not knowing where I’m going and running the risk of getting stuck in traffic to get there!

I’m most scared of bugs being in my bed (if you follow me on social media, you’ll know I have a bug problem at my house!) 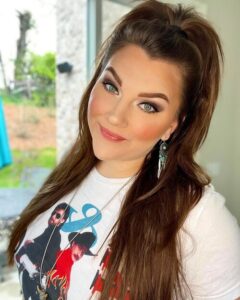 Your favorite cuisine is usually I’m an American, Mexican, or Italian kinda girl, but recently I have been majorly craving some Chinese orange chicken and pork fried rice!

The trip you most want to take but haven’t yet. I would say somewhere tropical. I’ve always wanted to see the beautiful clear water people post about all the time! Or maybe Italy!

Your go-to comfort-binge TV show. I love watching documentaries on Netflix! I’m also a LOVER of reality TV so I watch the classics like the Kardashians or Jersey Shore (don’t make fun of me). 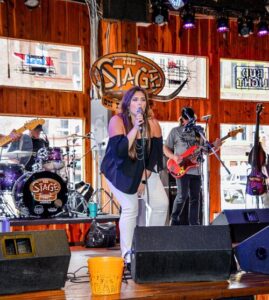 Your best celebrity sighting. I always tell the story at my shows how I never get my nails done but one time a few years ago I went, and Miranda Lambert walked in, and I was in shock. The next time months later, she walked in with her mom and asked me what color she should get because they couldn’t decide. Then of course third times a charm ALL THREE PISTOL ANNIES WALK IN! I was in shock! So, I think that has been my best sighting in my time in Nashville. I’ve seen people at the grocery store in passing or at Walgreens or running down the road with their trainers, but I think my Miranda situation is the coolest!

“How Great Thou Art”

Growing up in church I have a strong love for hymns. It’s hard to describe how much this song has influenced me but I think it has to be at the top of my list.

This is one of the first songs that hit me even at the ripe age of 15. I remember the 3 verse and just absolutely being floored by the story it told and the ability Trisha had to convey it through her voice.

I’ve always been influenced by strong female singers. This song was the first song that really challenged me to sing. I loved the lyrics, but I couldn’t hit the notes. It was the first time my 12-year-old self-had to try, try, and try again and when I finally could hit all the notes I ran upstairs from my little area in the basement and told my family because I was so proud of myself.

Can I pick a band?? Sugarland

…and all their records have been such a heavy influence on my life. I grew up trying to imitate Jennifer Nettles and how powerful her voice was as well as how soft her lows were. She could do it all in my mind and I’m still amazed every time I hear her sing. I remember going to CMA Fest growing up and seeing them at Nissan Stadium and my mom was just in awe of how amazing she was and, ever since that day, I wanted to be like that to people. Especially my family.

Reba is one of my biggest heroes in life. Her voice is so unique and flexible and just special. “Fancy” is one of those songs that hit me like a ton of bricks. The story and the way she is able to tell it through the notes and the power she uses was life changing to me.

“House That Built Me” Miranda Lambert

If this song hasn’t influenced just about everyone I don’t know how not! The storytelling behind the song, and the way it takes you exactly where you mentally need to be, was captivating to me. It is definitely one of those songs on a list I wish I would have written. It changed the way I saw songwriting from that day on.

This song has always struck a chord with me. It opened my eyes to great songwriting and how we have the power to write songs that tell the truth in a way that resonates with everyone in the same way.

“It Is Well With My Soul”

This traditional hymn has really shaped my life. I remember being at a low point my freshman year of college and my roommate moved out two weeks into school. I was all alone and this song was played at church and it gave me the pick me up that I needed to get through everything moving forward.

Is one of those story songs just like the others I’ve listed that really opened my eyes to how powerful songwriting can be.

Is one of the songs that struck a chord with me due to the story and the love you can feel. Alan Jackson is one of my favorite songwriters and how he can take his life or anyone else’s and put it into a perfect song.

This song was on repeat for a long time growing up. I loved the melodies and the songwriting it shared. Still to this day it is one of- if not my favorite- Reba’ songs.

“Girl Goin’ No Where” Ashley McBryde

When I was in high school, I had one teacher that told me I needed to go to school for a real job not music because music was just a hobby. Similar to what Ashley has said is the reasoning behind this song for her. It has always had a special place in my heart due to that.