Ross Flora’s Debut EP, Shoulders Of Giants – “One of the underlying themes in Shoulders of Giants that I tried to focus on is the contrast between living in modern times and generations past.” 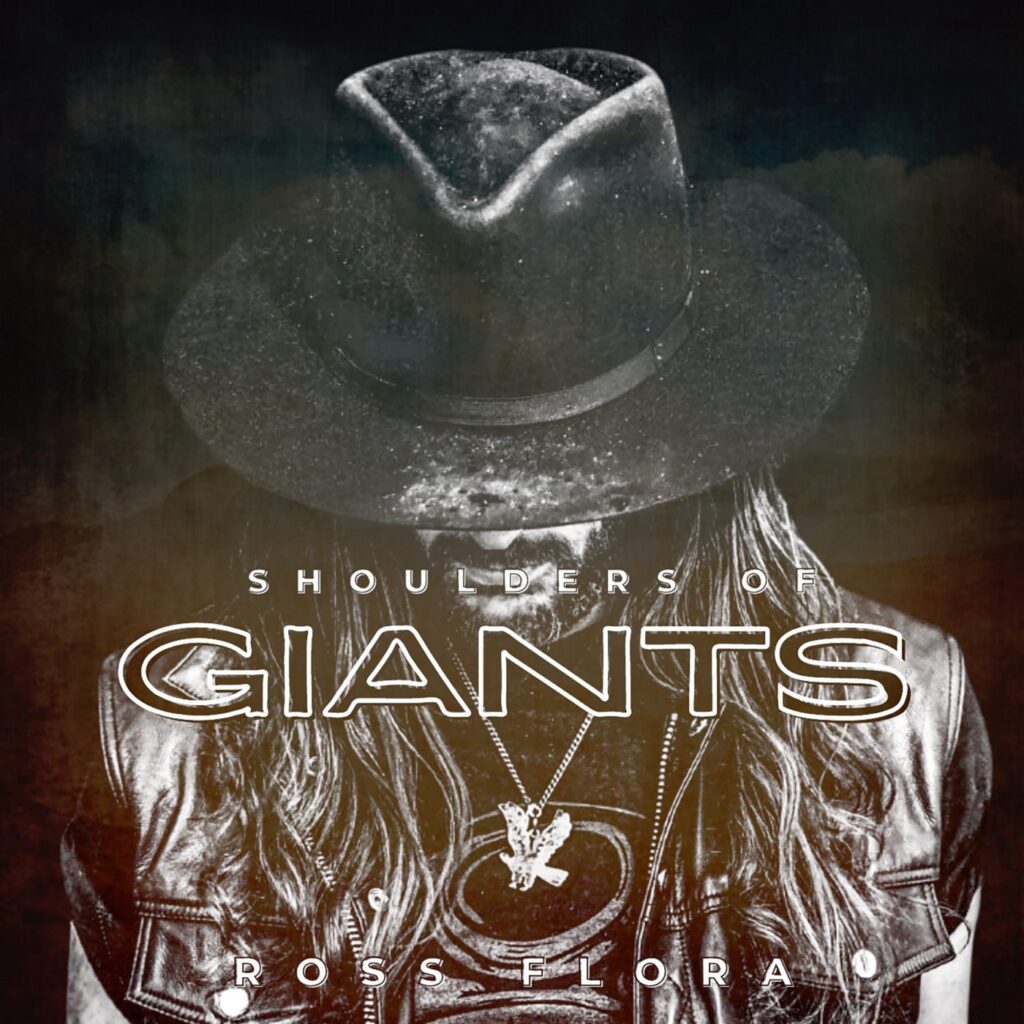 The Blue Ridge Mountains of Virginia. Grew up on a farm, raising cows. During summers in high school, worked as a milkman, delivering milk door-to-door. Can you share a favorite family memory working on the farm together?

One of my favorite memories is when I was probably 6 or 7 years old and it was time to put up new barb wire on our fences. My Grandpa, Dad and I (and sometimes my little sister) spent the better part of a summer month stringing it up post to post, walking nearly every square inch of the land together. Mom would drive out to us and drop off BLTs for lunch most days. I learned a lot through that experience, mainly how to genuinely enjoy working hard.

Have been riding dirt bikes since an early age and Harleys since you acquired your learner’s permit. Personal hero is Dale Earnhardt Sr. Which race of Earnhardt’s do you believe was his greatest?

Yeah, I’ve always had a fascination with motorcycles and fast cars. I was pretty young through the last part of Sr’s career and was just starting to understand the nuances of things like draft and downforce when he passed away. That 2000 Winston Cup Talladega race really sticks out to me, though. The way he climbed the field from 18th to 1st in those final 4 laps was truly awesome to witness. In my opinion, there will never be another racer like him.

Surrounded by strong influences in both R&B and Bluegrass. “I would like to give credit to some of the ‘old timers’ who personally shaped me, being my grandpa, Melvin Flora, Ron Layman, Bill Walker Sr., and Larnell Starkey.” If you were to make a playlist of songs from these artists who have shaped your career, which would make the top 5?

Well, the only musician on that list is Larnell Starkey, the patriarch and singer in the gospel group Larnell Starkey and The Spiritual Seven. I would say “Be Careful How You Treat Me” is my favorite of their songs. He, the band, and their extended family were very influential in my earliest performing days; they were always incredibly supportive and gave me a blueprint to build a musical career the right way.

First musical memories. Dad, Millard Flora, standing you up on the back of a church pew and teaching harmony parts with the congregation. At 12, after he heard you playing along to a Van Halen CD, signed you up for guitar lessons that day. Eddie Van Halen transformed the way a guitar was played. Which Van Halen song is your favorite to perform live?

Oh absolutely! Haha I’d have to say “Hot For Teacher” is my favorite to do. Eddie is basically doing a country guitar riff as the main part in it.

Two years later, at 14-years-old, you discussed your professional future in music with your dad. Together you laid out an 8-year plan to cut your teeth locally and eventually move to a major music city. Nashville was always first on that list. Which other cities did you consider?

Yeah, that was a big step, and at that age, it was a huge blessing to have that driving focus after putting down a plan. We thought about New York, LA, Austin, Atlanta, and even Asheville, NC, but my dad could see the music business changing and encouraged me to focus on Nashville, which I was all about!

In 2012, moved to Music City. You built a fan base as a solo artist then toured full-time, with acts such as Johnny T Band and Smoke n’ Guns around the nation. Performed over 3,500 shows, all while writing and producing your own music. “Music is therapy, the oldest language on earth. It speaks to us in ways we don’t even recognize. In all my songs, I try to create a journey that leaves the listener in a different place than they were before they heard it.” What is the key to creating music that resonates with the masses?

I think the key is coming from a place where you’re trying to give as much of yourself away to the listener as possible, whether it’s your physical energy on a rock song or pouring out your soul in a ballad. You have to give in order to receive.

As an English major, you utilize the themes of all your favorite authors, including Dickinson, Thoreau, and Whitman, in your musical writing. Your songs include stories from your rural roots to life on the road. Which themes have you yet to incorporate in your writing but hope to soon?

I’d like to be able to describe happiness and joy the way Walt Whitman was able to. I have always thought of myself as more of a ‘Blues’ type of artist in my writing and singing. In Leaves of Grass and Song of Myself, he does such an amazing job of unapologetically expressing his wonder and appreciation of life and creation. One of my favorite Allman Brothers’ songs, “Blue Sky,” reminds me of his work.

Tasteful guitar parts and bold emotional lyrics of the southern rock genre. A sound that reflects lifelong influences, including Gregg Allman, Duane Allman, Chris Cornell, and Ian Thornley. “I come from a long line of rural Appalachian culture where survival was hard but simple. Nowadays, our daily lives are generally far easier (survival wise) but so much more complex and come with their fair share of different challenges.” How does today’s culture impact the sounds you create in your new music?

Production wise, I try to create a huge, open sound when writing parts. Ideally, I want the listener to feel like they’re taking a deep breath. Everything in our world today is growing faster, and fighting the fear of falling behind is hard to do alone. I hope my music gives people a moment to center and reset.

“Cannonball.” Honoring your country music roots, while reminding listeners of favorite rock and roll songs. How does this song showcase where your music is heading?

I’ve waited a long time to release original music. I knew I needed to be in a place where I understood my own sound and what I wanted to say. There will always be a heavy dose of country soul in my work, regardless of whether the drums are rocking or how overdriven the guitar parts are.

First EP, Shoulders of Giants, showcases that the dark horse is defiant. These songs were saved over the past decade. What links them together?

I’d had the first couple lines of “Me and Abilene” and “Cannonball” saved in my head for years but wasn’t able to make them fit within a song, and “Badlands” was actually written years ago.

For me, what tied the project together is the realization that I’m out here doing everything I can in pursuit of a dream, which is an amazing opportunity that I’m thoroughly thankful to have, but in turn I’m not able to see and be with my family nearly as much as I’d like, or really be there to help the community that raised me. I tried to touch on that through the lyrics and musicality.

Recording at The Blackbird Studio, with Doug Gross, Jeremy Pearl, and your dad. Crediting the legends who stood before you such as Frank Sinatra, Stevie Wonder, and Led Zeppelin, “One of the underlying themes in Shoulders of Giants that I tried to focus on is the contrast between living in modern times and generations past.” How do you imagine future generations will write about today’s times?

Yeah, those Blackbird sessions will be featured on my next project. It was an amazing opportunity to go there with my closest friends and track a couple songs!

In general, I think future generations will see our present day as a time of growth and stepping out of our collective comfort zones. Generally, we don’t have to fight just to survive the same way my grandpa’s generation did, and certainly not like his grandfather’s! I think it’s a testament to them that laid the foundations so we are now able to climb the ‘hierarchy of needs.’ There will always be problems that need new solutions, and I believe future generations will look back at the growing pains we’re experiencing now as a foundation for them to build upon.