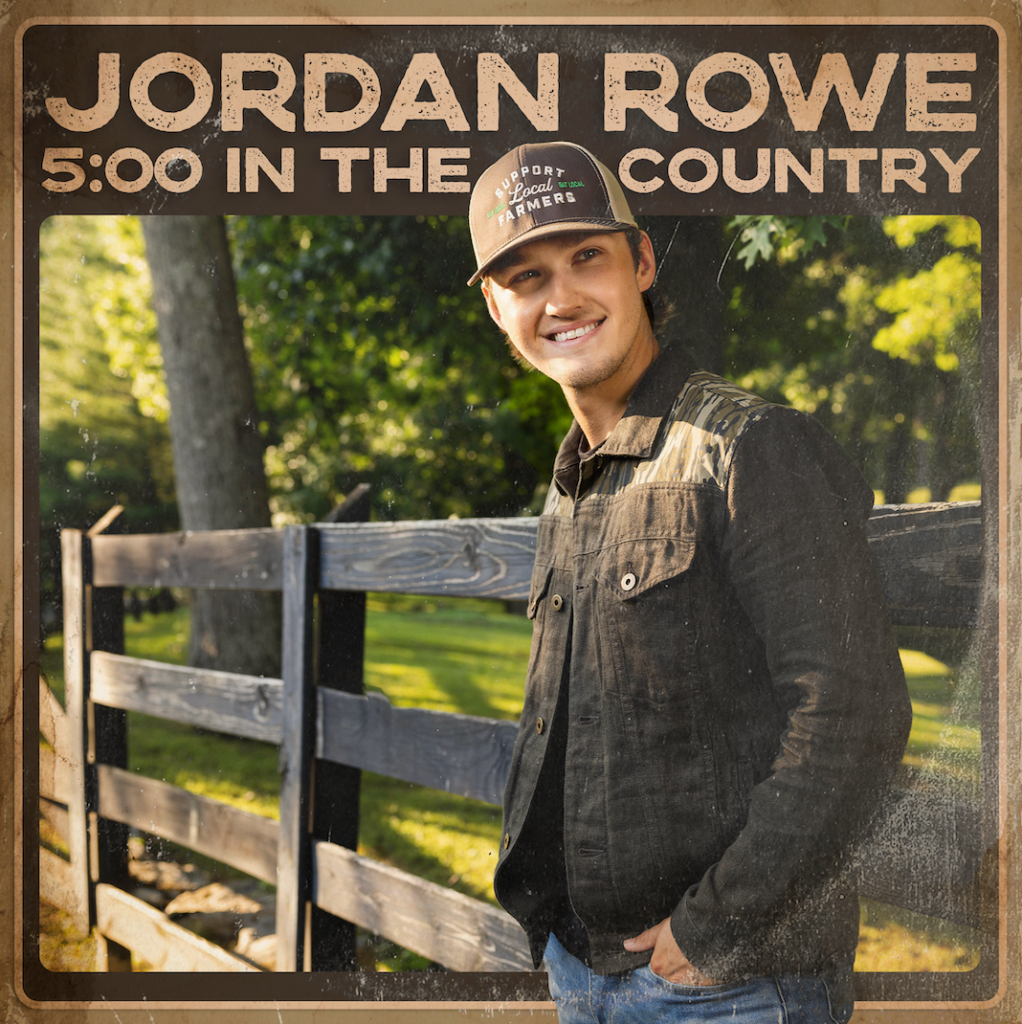 Rode dirt roads. Thankful for what you had. Listened to Eric Church, Joe Diffie, Alan Jackson, and Luke Bryan growing up.

You shared that Kenny Chesney’s “There Goes My Life” is one of the best written country songs of all time. What stands out for you about the song’s composition?

The lyrics, the melody, the story…everything about that song is perfect. It just makes you feel like a country song is supposed to make you feel.

Debut with “More Me,” co-written by Corey Crowder, Cole Taylor, and Randy Montana. You had heard the song years before, assumed it would be cut, and then asked if you could have the song. “I grew up in a small town in Georgia called Adel that had six red lights. … I lived there my whole life in the same house and my parents always had the same job and it was just a real tight-knit community that I was able to build the foundation of my life on.” Other than this one, what songs do you wish you had written?

There are a lot of songs I wish I had written. One country song would be “Pickup Man” by Joe Diffie. It feels like something I would write. Another song would be “God’s Plan” by Drake. I heard it was played more than any other song as of recent, so I would have a lot of hunting land by now.

Studied agribusiness, agricultural and applied economics, and music business at the University of Georgia. Interned on weekends at River House Artists. Last year started Support Local Farmers, your merchandise line, to raise funds for scholarships to help students attend college in the pursuit of agricultural education. Why is agricultural education so important in today’s world?

Ag education is so important because our population is rapidly growing, and in the years to come, we will need a lot more food to sustain us. Farmers have always been among the backbone of our country, but they will be evermore important in the future.

Text “Pray.” “With everything going on in the world today, we could all use a little more prayer, and the Lord has laid it on my heart lately to be praying more for my friends and my fans. So with that being said, if y’all have any prayer requests, text “Pray” to 615–675–6263, and I’ll be praying for you! Then if you want, you can text what to specifically pray for, or if you would rather it be unspoken, I’ll just pray over your name. I promise to keep every prayer request only between us. I’m thankful for y’all, and I’m excited to see what God does through this!” Which Bible verses are your go-to’s?

My go-to verses are Proverbs 16:9 and Isaiah 41:10. If I write a setlist for a show, I’ll put the proverbs verse on the setlist so I’m reminded of it during the show. This really helps at the smaller shows because if there aren’t many people there, I still trust that that show is part of those steps the Lord has put in front of me to get to where my heart desires.

Debut project, Bad Case of the Good Ole Boy. 7+ million streams post-release. “Who Needs You,” with Ashland Craft. “10–4,” featuring Tracy Lawrence, Rhett Akins, Eddie Montgomery. “Mama Ain’t Jesus” features Lainey Wilson. You wrote it to tell your mom in a song how much you love her. Can you share her reaction when she first heard it?

We were both trying to hold back tears. It was a really special moment. It’s definitely her favorite song I’ve ever written.

Rio turkeys. Sight fishing for big bull reds. “…life lessons, hunting and fishing memories, and unconditional love…” Bucket list adventures you hope to do with your father, who has protected and served since 1983 as a law enforcement officer?

A bucket list trip with my dad is definitely to take him on a whitetail hunt up north somewhere and see him get a monster buck. I also want to take him offshore fishing for billfish.

2022. Writers rounds with songwriters like Ashley Gorley. First CMA Fest. First Key West Songwriters Festival. What are some important take-aways you’ve found in all these ‘firsts?’

Enjoy the moment. You only get to have the “first” once, and you never know if you’ll get to do it again.

“5:00 In the Country,” co-written with Driver Williams and Hunter Phelps. You described the sound as “one that stands out in the crowd,” with a tip of the hat to Jimmy Buffett and Alan Jackson’s “It’s 5 O’Clock Somewhere,” and a Countryfied twist on the common cocktail hour phrase, blending it with traditional Country, Rock, and Gospel choir. Can you describe how the songwriting session began?

Hunter and I had talked in a previous writing session about writing the title “5:00 In The Country” at some point. Funny enough, I actually came up with a lot of the chorus lyrics and chorus melody in the shower one morning thinking about that idea. I don’t know why, but I get a lot of song ideas in the shower. Anyways, I came into the write, and showed them what I had. I remember Hunter saying, “Well sweet, we already have the whole first verse,” to which I replied, “No that’s the chorus…” Hunter gave me a perplexed but excited look, and we jumped in on it. Driver started playing that catchy guitar lick, Hunter threw out that bluegrass verse melody, and the rest is history. Many fist bumps and high-fives later, we knew we had a good one.

Getting to spend the summer on tour across the country. What’s ahead in 2023?

In 2023, I’m going to release a bunch of new music and play as many shows as I can get my hands on!