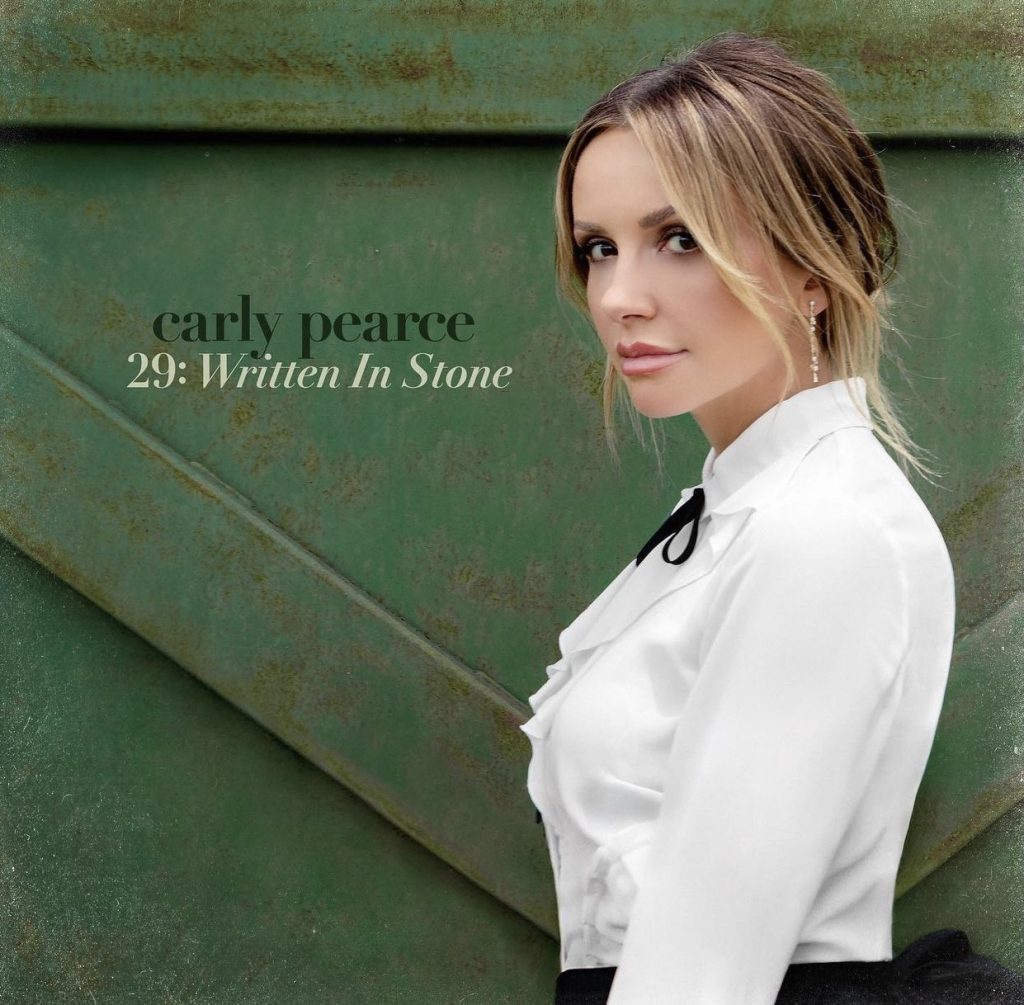 Pearce is being inducted as a Grand Ole Opry member tonight — tickets are available here. Tonight’s lineup: 7:00–8:00pm John Conlee, Riders In The Sky, Clay Walker, Henry Cho and 8:00–9:00pm Trisha Yearwood, Jeannie Seely, Carly Pearce. Tune in to hear the Opry show in its entirety from anywhere in the world, and in its original broadcast format, at 7 PM CT/8 PM ET on WSM radio.

About Carly Pearce: Fiercely rooted in the classics, the girl who left her Kentucky home and high school at 16 to take a job at Dollywood has grown into a woman who embraces the genre’s forward progression and is confident in what she wants to say. Lighting a fire with her debut album EVERY LITTLE THING and the PLATINUM-certified history making title track, Pearce has since become “Country’s ‘it’ girl” (ABC Radio), touring alongside Blake Shelton, Rascal Flatts and Luke Bryan. In a year of uncertainty, Pearce turned to the comfort of records she’s drawn inspiration from since her childhood dream started to take hold — Dolly, The Chicks, Trisha, Reba, Patty Loveless. Like those before, she leaned on her own intuitions with Top 15-and-rising single “Next Girl,” and a clever new video. She explores more of a pivotal time with a seven-song collection called 29 (available now via Big Machine Records), finding creative simpatico with Shane McAnally and Josh Osborne following the unexpected death of her mentor and former producer busbee.