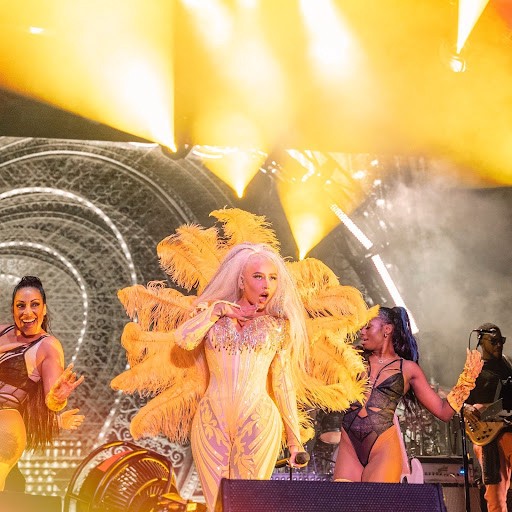 Digital experience platform NoCap will host an exclusive broadcast of the explosive performance from award-winning global icon Christina Aguilera, headlining at LA Pride in the Park, on June 30, 2022 at 7PM PST.

LA Pride 2022 took place on June 11th with unforgettable special guests including R&B artist Mya, for a special duet of their Billboard chart topping hit “Lady Marmalade.” Paris Hilton also joined the stage for a surprise DJ set and performance of her hit song, “Stars Are Blind.” And pop sensation Kim Petras also joined for a wild and risqué collaboration.

Aguilera brought high energy to the stage as she belted out hits like “Fighter” and showcased several incredible outfit changes to represent colors of the Pride flag. The festive and powerful event is a show not to miss, and fans that weren’t able to join in person can now experience the full performance via NoCap’s state-of-the-art streaming technology.

One lucky fan will also win a limited edition piece of Pride merch to celebrate the momentous occasion in style.

Aguilera excitedly shared with PAPER Magazine, “I’m thrilled to be working with NoCap so that I can bring this special LA Pride show to more of my fans. I put so much effort into making this show unique and unforgettable, and it now holds a special place in my heart as one of my favorite stage moments!”

To tune into the livestream of Aguilera’s LA Pride performance with special guests here. You can catch a sneak peak of “Beautiful” on Aguilera’s Twitter and Facebook.

Christina Aguilera is a Grammy Award-winning singer-songwriter renowned for her powerful voice and hit songs. Throughout her career, she has sold more than 43 million records worldwide. Aguilera has achieved five number 1 singles on the Billboard Hot 100 chart making her the fourth female artist to top the chart over three consecutive decades (1990s, 2000s, and 2010s). She has won six Grammy Awards, including one Latin Grammy Award. She has also received a star on the Hollywood Walk of Fame and holds the prestigious honor of being the only artist under the age of 30 included in Rolling Stone Magazine’s list of the 100 greatest singers of all time. Additionally, in 2021 she received the inaugural Music Icon Award at the People’s Choice Awards. Aguilera continues to use her voice for good, having served as global spokesperson for Yum! Brands’ World Hunger Relief effort since 2009 and has helped raise over $150 million for the World Food Program and other hunger relief agencies. She continues to be represented by Roc Nation, CAA and imPRint.

NoCap, the brainchild of Grammy nominated musician / producer / entrepreneur Cisco Adler along with an all-star list of partners in the music and tech industries, is both a platform and promoter of premium livestream concerts and innovative experiences giving fans around the world access to incredible performances and an unlimited capacity proving that a global streaming audience is fast becoming the new general admission. With its easy-to-use, proprietary text-based ticketing technology and custom streaming solution, NoCap is innovating and evolving the future of the music industry offering a unique approach for artists to make a living off their craft beyond recorded music and traditional touring. NoCap gives fans all over the world a chance to see live shows by top-tier talent in storied venues like The Roxy Theatre and one-of-a-kind locations from home or on the go with visually stunning concert-quality sound, creating unforgettable experiences offering exclusive content and merchandise in addition to VIP and Meet & Greet upgrades. 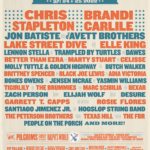 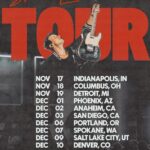 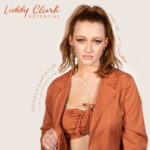 New features on 612 including @emilymyersmusic @em

The 612 Interview with @emilymillerofficial (featu